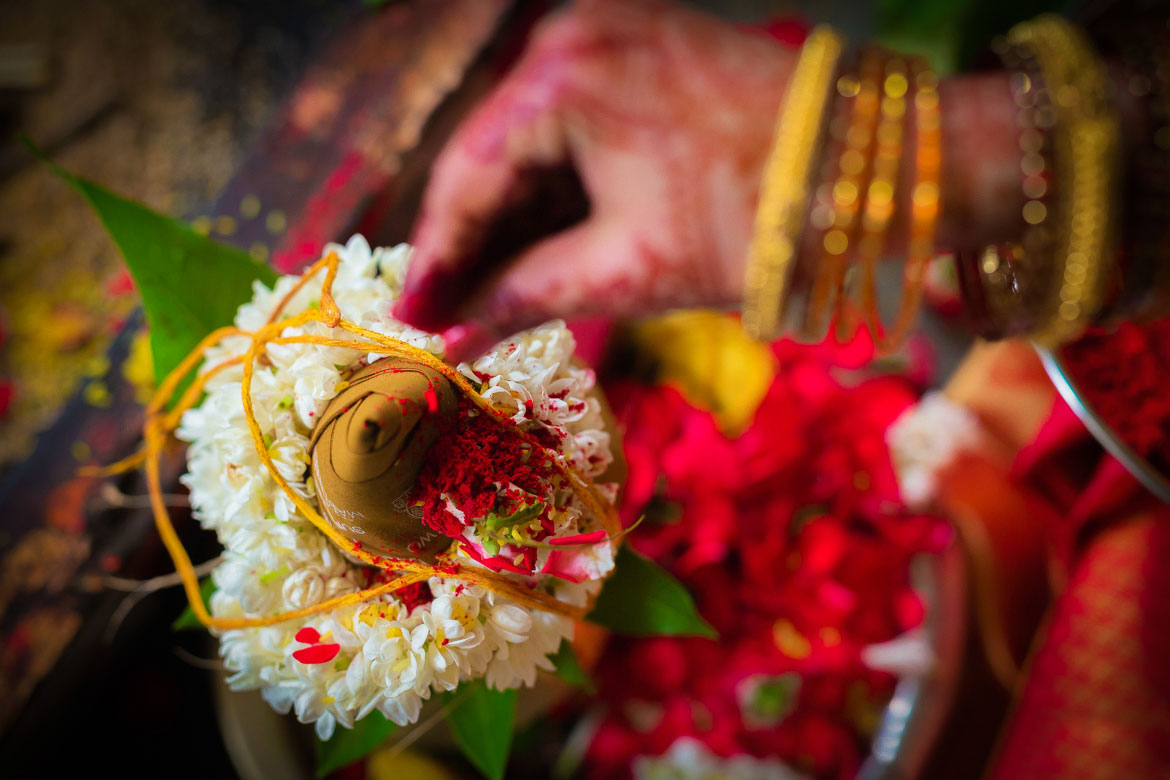 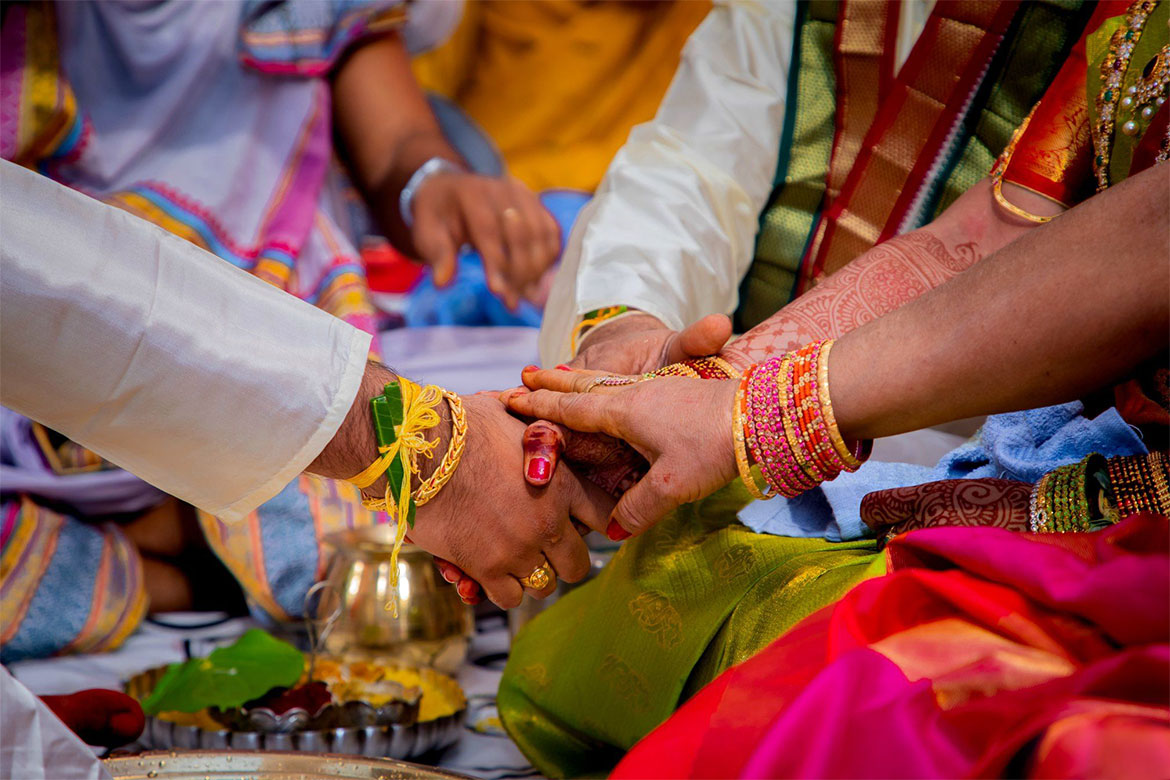 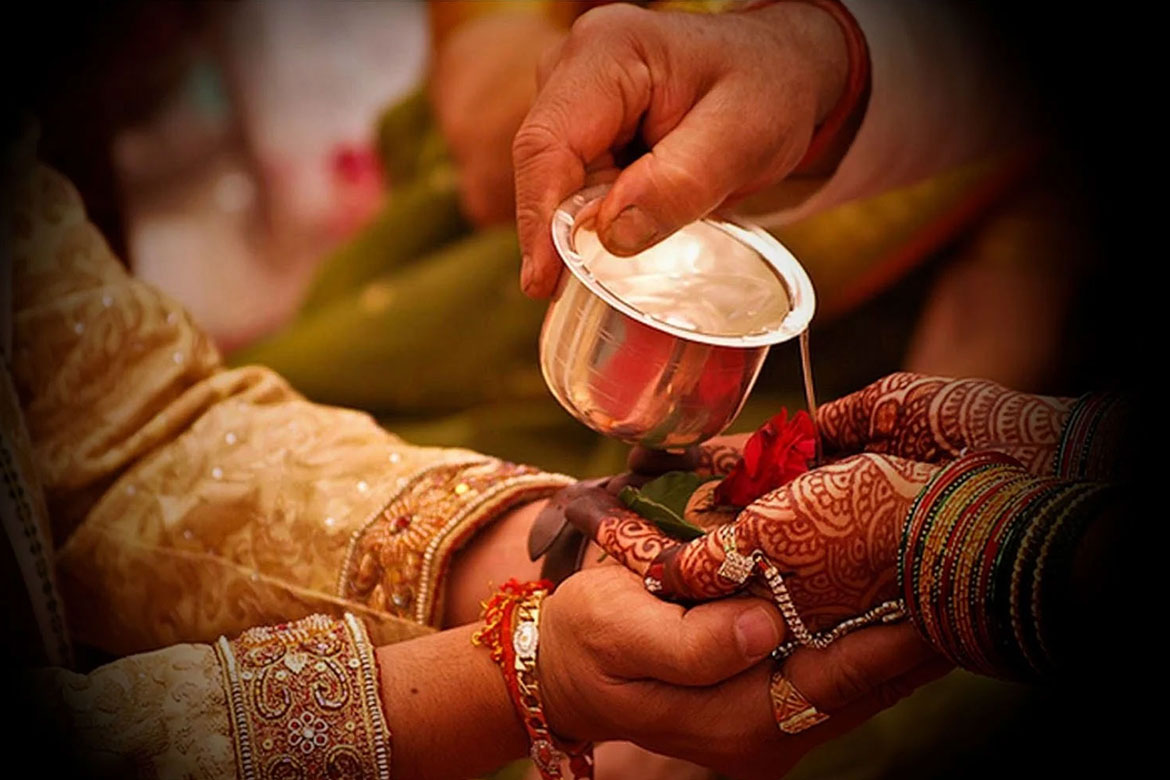 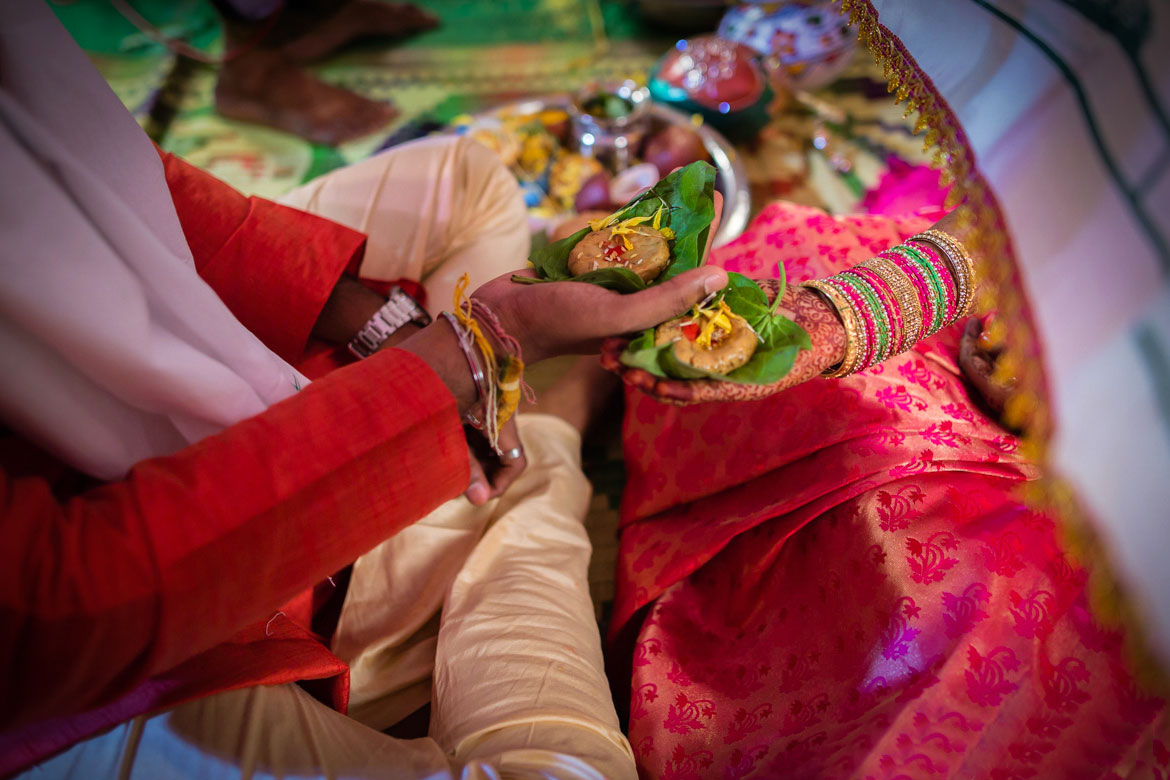 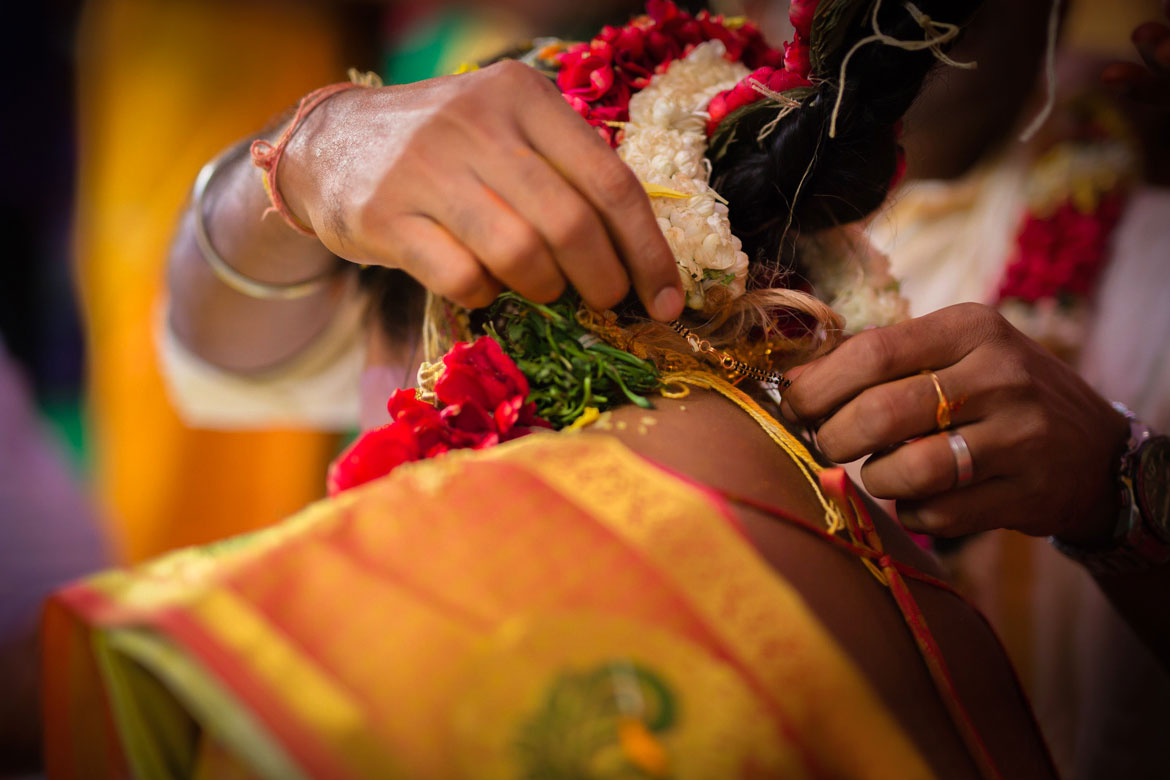 Until the 19th century the South Indian wedding ceremonies lasted up to 14 days. But now it lasts up to 5 or more, depending on the family’s financial situation. For people of South Indian, the wedding planning itself is part of the celebration. Being very family oriented, marriage for them is not between two people, but between two families and have great religious significance. The bride’s brother and maternal uncle have an important role in Telugu weddings.

Both of the families come together to an astrologer to fix the date. As soon as the date is fixed, the boy’s mother gifts the girl with clothes, gold, and silverware.

On a prefixed day, all the relatives and well wishers gather at the respective houses on both sides and smear the bride and the groom with Nalugu – (a mixture of flours, turmeric powder, and oils). The actual ceremony starts with this. Close relatives and elders will be given a new set of clothes and everyone shower blessings for the event. The bride is not supposed to leave the town till the actual wedding ceremony.

At the bridegroom’s residence, on the wedding eve, there will be a ritual in which the groom wears a silver thread on his body.

This is a fun-filled ceremony. The groom pretends as if he is going to Kaashi (to celebrate bachelorhood). The bride’s brothers and cousins stop him and request him to take the responsibility of a household which is accompanied with many fun filled moments.

The Muhurtham in Telugu weddings, unlike others, will be close to midnight. Telugu Brahmin Weddings are different from other communities as they start like South Indian Brahmin weddings.

The bride and the groom are asked to take a bath before the ceremony to purify them before performing the sacred rites.

The family members gather at their respective houses and prayers will be offered for a happy married life.

Before the wedding ceremony, the groom attends a Ganesh Pooja at the mandap while the bride attends Gowri Pooja at her house with all those gathered there. The bride will be dressed in a red-bordered white sari while the groom wears a red bordered white dhoti. White and red represent purity and strength. Soon after this, the bride will be welcomed to the stage along with her relatives.

This is an official handing over ceremony by the bride’s family, where they hand over their girl to the groom. The bride sits in a bamboo basket during this and her maternal uncle along with others carries her to the Mandap and will be seated separated by a curtain as they are not supposed to see each other at that time. The bride’s parents wash the groom’s feet as welcome.

As shlokas from the Vedas are recited by the priest, the couple smears a paste made of cumin seeds and jaggery on each other’s head.

Ten married women (Sumangalis) come near the bride holding silver plates containing a lit lamp and a mixture of rice and turmeric powder.

The partition between the bride and groom is removed and the groom ties two strings of the mangalasootra, each with a golden disc, around the bride’s neck with three knots.

The bride and groom exchange garlands and married people from both sides come forward to bless the couple by showering flower petals and turmeric coated rice.

There after the couple take seven steps together around the ceremonial fire taking oath as in any Indian tradition. Bride’s pallu on one end will be tied to the groom’s scarf as they walk.

The groom adorns the feet of the bride with silver toe rings with a belief that the man will have to bend to the woman to claim her. The bride will also be adorned with a string of black beads which is believed to ward off all evil eyes. Beads and the silver toe rings according to Telugu custom symbolize that a woman is married. A fun ceremony follows this. A kunda (decorated silver or terra-cotta vessel) full of water is placed before them and a ring will be put in it. The groom and the bride will have to fish the ring out by putting their hands inside the vessel.
The winner is supposed to be the dominant one in the marriage. This is a fun filled ritual as water splashes out and there will be calling out names and applauds from both sides.

This is the end of the wedding ceremony as the bride is traditionally handed off to the new family which is followed by a ritual called ‘sobhanam’- which is an official allowance for the couple to enjoy a new life.

The bride enters the groom’s house as a formal welcome ceremony is held. She will be asked to kick a vessel full of rice with her right foot at the doorstep. This symbolizes abundance to the family with her coming.

The Telugu people join the two mangasootras on a common thread, a fortnight post wedding. This is done by either the groom or any elderly member of the house. This ritual symbolizes the union of the two families. The mangalasootra is not supposed to clash with each other and therefore few black or golden beads will be slipped between them.